LTM is one of the largest suppliers of micropiles on the Italian market, and distinguishes itself from other suppliers by offering new technologically advanced solutions to solve problems for drilling companies and engineering firms.

In the Scandinavian countries, due to their particularly severe geological formations, they have studied a system for installing watertight walls, such as sheet piles, capable of crossing over bedrock and entering the rock.

The ‘I-C Pile’ is the hammering of interconnected micropiles, or piles, into the ground to form an even watertight wall.

This solution can be used, for example, to build subways under busy roads or railway lines, without having to excavate and interrupt traffic.

I-C Piles are steel pipes to which clutches with a special profile are welded. If necessary, the female profile can be filled with an environmentally friendly sealant to achieve a watertight seal up to a pressure differential of five bar. 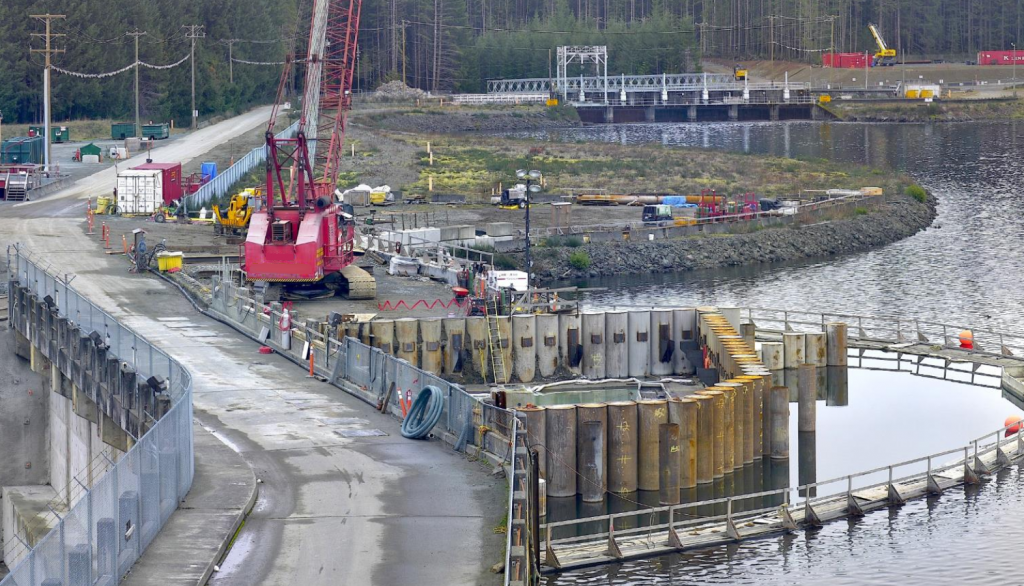 LTM is proud to be able to supply this complete package, called I-C Pile. In concrete terms, they are a series of interconnected tubes hammered into the bottom of the hole.

Tubes fitted with clutches are driven into the ground with the down-hole hammer, thanks to a reaming ring, whose outer diameter is large enough to pass the male clutch, attached to a pilot bit to which the roto-percussion is transmitted. A shoe welded to the inside of the post will receive the percussion from the pilot drill, thus facilitating driving the post. The first pile to be driven in will have two male clutches, while the subsequent ones will have both male and female clutches, the latter of which will hook onto the male of the first pile, thus allowing the operation to be repeated until a continuous wall is formed.

Thanks to the drilling system with air control, a straight wall can be obtained both at the top and at the bottom of the perforation. In fact, the air-controlled drilling system discharges all air pressure laterally into the reamer and back up between the pipe and rod, and does not create over-excavation. The flushing air does not impact directly on the bottom of the hole and does not remove more material than the theoretical volume of the hole to be drilled. Straightness is therefore guaranteed, preventing deviations harmful to the clutches and the success of the walls.

Disposable elements in the borehole

In addition to tubes with clutches, a casing shoe and a reamer each hole are considered “disposable”.

LTM supplies the steel tubes in various sizes onto which it welds the male and female clutches, also supplied by us. The LTM proposal includes the drilling system with disposable reamer set.

Should it be necessary, we can assist you with other necessary products such as: hammers, rods (sleeved or RC), machines and other accessories.

The clutches can be standard, or with an injection channel for the micropile socket. 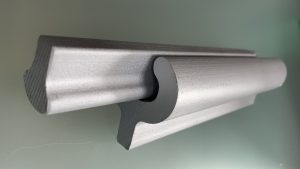 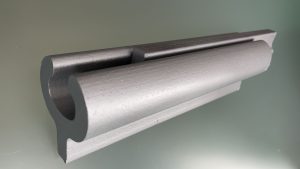 The technical characteristics are as follows:

By applying a sealant to the inside of the female clutch, a watertight wall capable of withstanding a pressure differential of 5 Bar is achieved. The sealant we can supply is made from environmentally friendly raw materials.